Pied Pipers Of The Truth Movement: Can We Add Ian R Crane To The List? 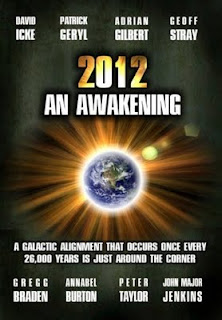 In the previous post we looked at the idea that a number of, so called, leaders of the truth movement are not quite what they appear. These included high profile, 'celebrity truthers' such as David Icke, Michael Tsarion, Jordan Maxwell and Alex Jones as well as those involved in the Zeitgeist movement.  A critical analysis of Charlie Veitch of the Love Police strongly suggested that he was one more to add to the list. This article will take a look at another UK based truth movement leader and ask the question, can he be added to that list as well?

An organisation called 'Truth Juice' opened a branch in Birmingham and their first speaker was Brian Gerrish of the UK Column and British Constitution Group. At that time I was a member of the BCG so I thought I'd go along to see his presentation. This was in December of last year (2010), after which we had a particularly cold and snowy period. It meant I was unable to go and see the next few speakers, one of whom was Ian R. Crane. When I later saw that a video of the speech he'd given had been uploaded on to YouTube, I immediately thought I'd watch it to see what I had missed.

Although I was aware of Ian R. Crane and had watched an early presentation of his on the subject of Codex Alimentarius, I really didn't know much else about him. The majority of the presentation largely dealt with issues surrounding the BP oil disaster in the Gulf of Mexico earlier that year. It was all fairly interesting stuff and I had no need to doubt the veracity of what he was saying. My only slight concern was when he mentioned his 'friend' Daniel Estulin and Estulin's claims that the Bilderbergs are 'trying to destroy China and Russia'. This is a highly dubious assertion for numerous reasons. It appeared to attribute way too much power to the 'Bilderbergs' and misrepresent their role in the agenda. Besides that, it seems to me that the ruling 'elite' of both China and Russia are very much a part of the broader agenda and any alleged conflict is just part of the game. I could have just dismissed this as a difference of opinion but he then spoke about how Estulin had been invited to speak to the EU parliament on the subject of the Bilderbergs. I think it's fairly safe to say that anyone who is invited to address the EU parliament would not be considered a threat to the established order. 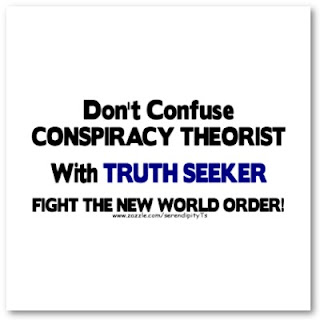 For most of us, waking up to the idea that a conspiracy of some sort exists was as a result of having discovered what's often described as a 'truth seeker' or 'leader of the truth movement'. This person alerts us to various things about the world around us and how they aren't quite what they seem. Following this is the discovery of other truth seekers who are speaking about similar topics. This can be as a result of links to websites or articles from the first truth seeker's website, appearances in an 'anti-New World Order' film or perhaps an interview on an 'alternative' radio station. As a result of this waking up we begin to realise that the previous 'reality' we lived in was, to a large degree, false and manipulated. What was once seen as the real world, or how things really are, slowly disintegrates and begins to be replaced by the new reality described by this truth movement leader and others.

Thankfully there are some who have managed to see beyond this and have realised that many of these so called truth seekers are controlled and/or manipulated, in some way or another and as such are serving the interests of the very ruling 'elite' they claim to be opposing. A large majority of those that think they have been woken up have merely shifted from one 'matrix', or false reality, into another carefully prepared one.