Freemasonry: Two Organisations, One Visible, The Other Invisible 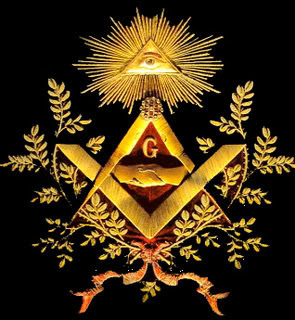 We often see evidence of how intricately linked Freemasonry is to the New world Order agenda. When doing so it's worth bearing in mind the article quoted below. It shows how Masonry has both an outer core, to which the majority of Masons belong and a secret inner core that most Masons are unaware of. It is this inner Luciferian (probably psychopathic) core that is wreaking such havoc on humanity.
Of course it isn't only Freemasonry that has both an outer and inner core. The majority of Catholics would consider themselves to be good Christians and would be totally unaware of their Satanic, Babylonian, elite in the Vatican. The same is true of all religions including, Judaism and Islam. Political party's also have an elite inner core that directs the main body. This is how a relative few come to control the many.
Subtitle: This is a short article we hope every Mason will read before he begins to read any of our other articles. There is a Masonic organization out there most of you know nothing of, even if you are a 33rd Degree Mason.

Proof Pope Benedict is a Freemason: Facilitating Masonic Ecumenicalism for the Third Temple 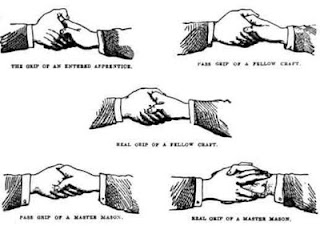 All Roads Lead To Babylon

In a comment on this post fellow blogger Harbinger and I continued our friendly disagreement about who or what was at the top of the controlling pyramid of the New World Order. I'd summed up my position in the sentence, 'all roads lead to Rome'. If I was being completely accurate I should probably have said 'all roads lead to Babylon'.

Rather than post a reply in the comments section I thought I'd do it as a quick post instead. What follows is a short summary of the conclusions I've reached, along with a few suggested videos and articles.

The quote below comes from a great site called Reality Research Resource. It's a very good reference for 'exposing the papal roman empire's covert global power structure and the mystery babylon new world order agenda.'
"The tradition of anti-Jewish Jews has gone on since Babylon. The (crypto-Frankist Sabbatean) Labor Zionists serve the Jesuits and thus hate Judaism and all other racially Jewish people , i.e. those that don’t covertly serve Rome. See John 19:15: “But they cried out, Away with him, away with him, crucify him. Pilate saith unto them, Shall I crucify your King? The chief priest answered, We have no king but Caesar”.
These were and are false Jews (religiously speaking) and of the Babylonian Mystery religion in fact. The centre of the occultism of Babylon shifted to Rome and has had servants in Jerusalem who have betrayed the Jewish people both in Israel two millennium ago, then in Europe under instruction from Rome through till the end of the Second World War (in reality the latter part of the Pope’s Second Thirty Years War).
As  Catholicism hijacked Christianity, so too have Talmudism and Kabbalism usurped Judaism and in different measures produced Occult tendencies ranging through the various shades of Orthodox Judaism (so-called) and on to Frankist Sabbateanism. The Papal Caesar and Rome are the King and Queen that the Babylonian Brotherhood’s Jerusalem branch serves."
These are the ones who "… say they are Jews, and are not, but are the synagogue of Satan." (Revelation 2:9). They are a branch of the main trunk which is 'mystery Babylon' currently residing in the Vatican. Without the support and sustenance of the main trunk they would not or could not survive. Talmudism and Kabbalism both began as a result of the exile of the Jews in Babylon. It's here where their leaders tailored the Babylonian system to suit Jewish tastes.
In the conclusion to his book 'The Two Babylons', Alexander Hislop says: 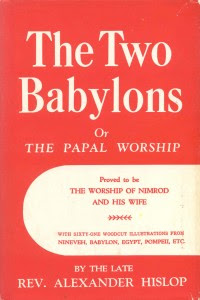 "Is there one, who has candidly considered the proof that has been led, that now doubts that Rome is the Apocalyptic Babylon? Is there one who will venture to deny that, from the foundation to the topmost stone, it is essentially a system of Paganism?
There is an overwhelming amount of evidence proving that the Vatican or the Catholic Church is both pagan (sun worshipping) in essence and the Roman Empire continued in spiritual form. 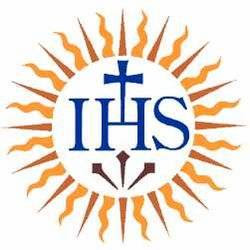 Not only that but it is the continued, refined, Babylonian system. There is lots of information on this subject but perhaps a good place to start would be the series of videos 'Roman Empire Rules Today' DVD1 and DVD2. They aren't the most professional videos you'll ever watch but they are packed with good information on the subject. There seems to be a DVD3 as well which I've yet to watch.
So then we come to the present day. The author of the video, 'The Rape of Europe', clearly shows (although it meanders a bit and is a little confused in some parts*) how the European Union is a present day 'Tower of Babel'. 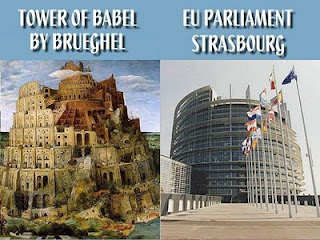 From the EU headquarters in Strasbourg built as a modern day version of the tower, to an EU poster depicting the tower being rebuilt (along with the 'stars' of Europe as satanic inverted pentagrams) ... 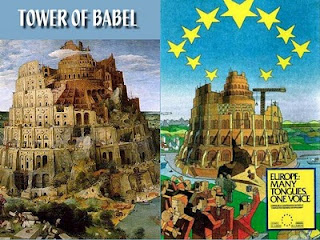 ... to the statue of the 'woman riding the beast' outside the Council of Europe building in Brussels, ... 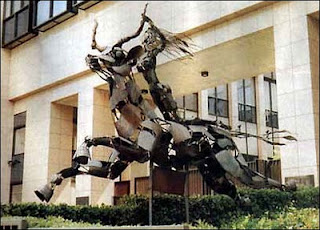 ... as well as numerous EU coins depicting the same image. 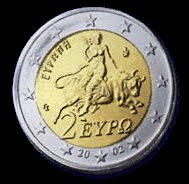 Let's not forget also that the symbol of the twelve stars in a circle was traditionally depicted surrounding Mary. Of course the worship of Mary, in Roman catholicism, is actually veiled worship of the pagan mother goddess or queen of heaven, Semiramis. 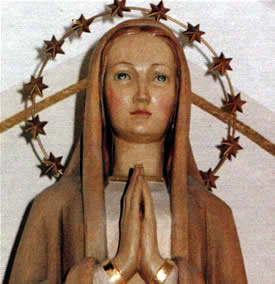 In short it was the Pope who claimed spiritual and temporal dominion over everything and everyone on earth and still does. The Vatican has always had immense power and wealth. It has controlled this country (on and off, on at the moment) since at least the Treaty  of 1213 (and probably before at some point). It controlled (and still does) America and the rest of the Commonwealth through its British Crown (Temple) proxy.


What we are asked to believe is that a few banking brothers called Rothschild were allowed to come in and take control of the finances of the Crown and elsewhere in Europe and then by default the governments of those countries? They had no real power. They would have been murdered immediately if they proved to be a threat of any sort. They were allowed to operate because they served the agenda and because they were of the 'Jewish' branch of the Babylonian system.


The same's true of Israel. The Royalty and nobility of Europe and their Vatican controllers would not have allowed both the creation of and strengthening of the Israeli state (a key word because some claim it's merely another Crown controlled entity) if it didn't serve the wider agenda? If you read the rest of the Reality Research link above you'll see the Rothschild funded Israeli Supreme court is completely Masonic in its design. 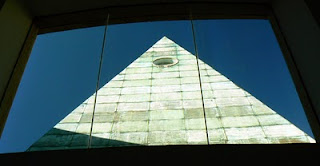 In my humble opinion it's the occult Babylonian system that is the 'tie that binds' and the concentration of this Satanic power lies in the Vatican. I say that with one proviso and that's that there seems little doubt that certain bloodline families appear to also have immense power and wealth. I think it's entirely possible that there are elite bloodlines that can be traced back through Rome, Greece and Egypt all the way back to Babylon and possibly beyond. That these bloodlines are yet one more veiled layer of control beyond the Vatican is quite possible. It's an area I intend to look into when time permits. Commonly touted names such as the Rothschilds and the Bushes would not fit this description. This does not take away from the central point I'm trying to make which is that the agenda is 'mystery Babylon occult paganism' in essence and the focus of its power lies in the Vatican.


One more note is that it's suggested that the Vatican is in the process of revealing itself.  This is said to be because the Vatican itself will be destroyed in an 'end times' cataclysm that will see the spiritual power centre move to Jerusalem. This will still be the Babylonian system but in a new spiritual guise that's exoteric form will most likely be some variant of current 'New Age' teachings. This can only be speculation at the moment although there is strong evidence to support this scenario.
* In order to watch all sections I had to resort to searching for them one by one in Google. I'm not sure why Liveleak doesn't make it easier to link all relevant videos together. All in all I think the video is good in parts but misses the overall 'big picture' in general. It does though make a very good connection between present day Europe and Babylon.