On the BBC at the moment we are currently being told all about the 'Wonders of the Universe' by the youthful looking Professor Brian Cox. Although I haven't managed to watch all of the programs so far what amazed me was that, in the bits I have seen, the 'theory' of evolution was seemingly being presented as undeniable fact. Not too long ago I wouldn't have disagreed with such an assumption but that was until the explosion of alternative information on the internet introduced me to other points of view. Something which is very hard to come by and is conspicuous by its absence, on British TV.


Anyone researching the New World Order agenda soon comes to the realisation that we have been and continue to be, brainwashed and indoctrinated to a shocking degree. I strongly suspect that the subject of the origins of the world and by extension the Universe is yet one more subject where the PTB have misled us badly.


Attempting a detailed look at this subject is both beyond me and the capabilities of a humble blog post. As such I'll merely post some links to a variety of videos that have left me in no doubt that the 'theory' of evolution is just that, a theory. Not only that but it appears to be full of uncertainties and perhaps even impossibilities that we are never made aware of. In fact, after watching the videos I came to the conclusion that creation, or at least intelligent design, was far more likely to be the true source of our origin. 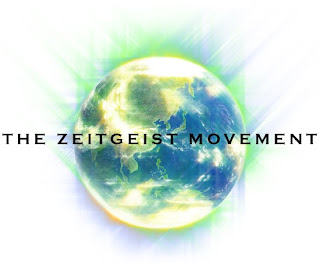 In the last month or so I've had several 'discussions' with ardent members of the 'Zeitgeist Movement'. What struck was the fervour with which they defended the movement from my critical observations about it. I began to understand why some considered it to have become a cult.

I'd seen the first two films and felt a little uneasy about them. The section in the first film 'exposing' Christianity was deeply flawed and the 'solution' proposed in Zeitgeist Addendum, namely the Venus Project, seemed more than a little suspect.

Reading an article on the Zeitgeist videos by Edward G. Griffin helped clarify my unease about the Venus Project and the excellent films Zeitgeist Debunked and Zeitgeist Refuted put the anti-Christian rhetoric in context. I did feel, however, that there was more to the Zeitgeist Movement than the above suggested. I'd come to understand that much of the so called 'Truth Movement' was a controlled 'psy-op' with one of its main aims, in simple terms, being to steer those who had woken up to the Orwellian New World Order being developed, in the direction of a 'good' world government. In addition this 'good' world government would have New Age (Theosophic) overtones. In short it would be the disguised New World Order the PTB were aiming for all along. As far back as 1959, William Guy Carr, in his manuscript 'Satan, Prince of This World', spoke of the Satanic elite's aim of getting us to destroy our own governments and then to usurp the first world government that would then be created.

I'd assembled some information and I was going to attempt a post on this but Richard Evans, writing on Henry Makow's website, has done a far better job than I could have hoped to have done. I've reproduced it in full below.

Just one observation. The author appears to place the 'Rothschild crime syndicate' at the centre of operations. Whilst they are indeed pivotal players in the 'game' I suspect the real controllers lie deeper in the shadows than the overt Rothschilds.

"The Zeitgeist solution is Communism re-packaged to rope in the 21st- century-truth seeker."

by Richard Evans (for henrymakow.com)

Shock and Awe - The Manipulation of the Human Psyche 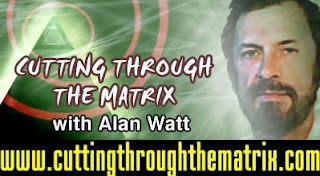 Below are four videos by Alan Watt entitled 'Shock and Awe - The Manipulation of the Human Psyche'. I was alerted to them by Bovvered on the UK Column forum. He took the time to type a section of the transcript that he felt was relevant to the deeds and words of celebrity New World researchers such as David Icke. Having satisfied myself that Icke is controlled to some degree, consciously or not, it certainly seems to describe what could be happening with him and others.


Counterintelligence – let’s talk about counterintelligence and how it works. What is intelligence? Intelligence gathering is sending agents out to simply listen; they listen in market places, bars, cafés, as to what the people are discussing. Lawrence of Arabia, in his own bookSeven Pillars of Wisdom [said he] was trained as an agent; he was trained in Aramaic, Arabic languages. He was given lots of money – he and eleven other people, trained from Cambridge – and sent over to the Arabic countries to start up Arabic newspapers. Once they started putting stories in the newspapers they went round the market places, they hired lots of guys to listen to gossip, to see if the intelligence they were putting out in the papers was being discussed by the recipients, the readers. That’s basic intelligence gathering. What is counterintelligence? Counterintelligence, from a government’s perspective, is taking information and data that could be crucial – it could be bad for the ruling regime – and finding ways to counter that knowledge; counter it.