The Scientific Manipulation Of Our Reality

The No World System website has an excellent article entitled 'The Scientific Manipulation of Our Reality'. It is based around several quotes from Bertrand Russell, the Fabian Socialist , eugenicist and World Government enthusiast. 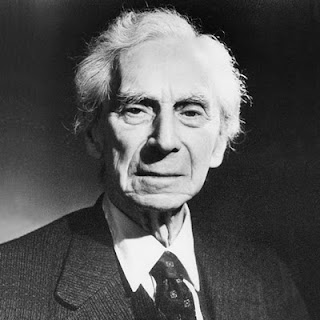 In order to tempt you to read the article I've placed just a few of Russell's quotes below. They lay bare the thinking that's prevalent amongst the elites of this country who are only too happy to enslave us. Can anyone doubt that Russell's words have guided and influenced the controllers of our society right up to the present day?

“Science will be diligently studied, it will be rigidly confined to the governing class. The populace will not be allowed to know how its convictions were generated” in other-words the public will not be allowed to know how it’s beliefs and opinions were scientifically manipulated by the government to think a certain way. “Ordinary men and women will be expected to be docile, industrious, punctual, thoughtless, and contented. Of these qualities probably contentment will be considered the most important. In order to produce it, all the researches of psycho-analysis, behaviourism, and biochemistry will be brought into play.”


"...the best system in existence produced Karl Marx. In future such failures are not likely to occur where there is dictatorship. Diet, injections, and injunctions will combine, from a very early age, to produce the sort of character and the sort of beliefs that the authorities consider desirable, and any serious criticism of the powers that be will become psychologically impossible. Even if all are miserable, all will believe themselves happy, because the government will tell them that they are so.”


“This consideration brings us naturally to the subject of education, which is the second great method of public propaganda. Education has two very different purposes; on the one hand it aims at developing the individual and giving him knowledge which will be useful to him; on the other hand it aims at producing citizens who will be convenient for the State or the Church which is educating them. Up to a point these two purposes coincide in practice: it is convenient to the State that citizens should be able to read, and that they should possess some technical skill in virtue of which they are able to do productive work; it is convenient that they should possess sufficient moral character to abstain from unsuccessful crime, and sufficient intelligence to be able to direct their own lives. But when we pass beyond these elementary requirements, the interests of the individual may often conflict with those of the State or the Church. This is especially the case in regard to credulity. To those who control publicity, credulity is an advantage, while to the individual a power of critical judgment is likely to be beneficial; consequently the State does not aim at producing a scientific habit of mind, except in a small minority of experts, who are well paid, and therefore, as a rule, supporters of the status quo. Among those who are not well paid credulity is more advantageous to the State; consequently children in school are taught what they are told and are punished if they express disbelief. In this way a conditioned reflex is established, leading to a belief in anything said authoritatively by elderly persons of importance.” “On the whole, at present in education, the form of loyalty to the State which is most emphasized is hostility to its enemies.”

Please read the rest.
Posted by Harry J at 6:46 PM